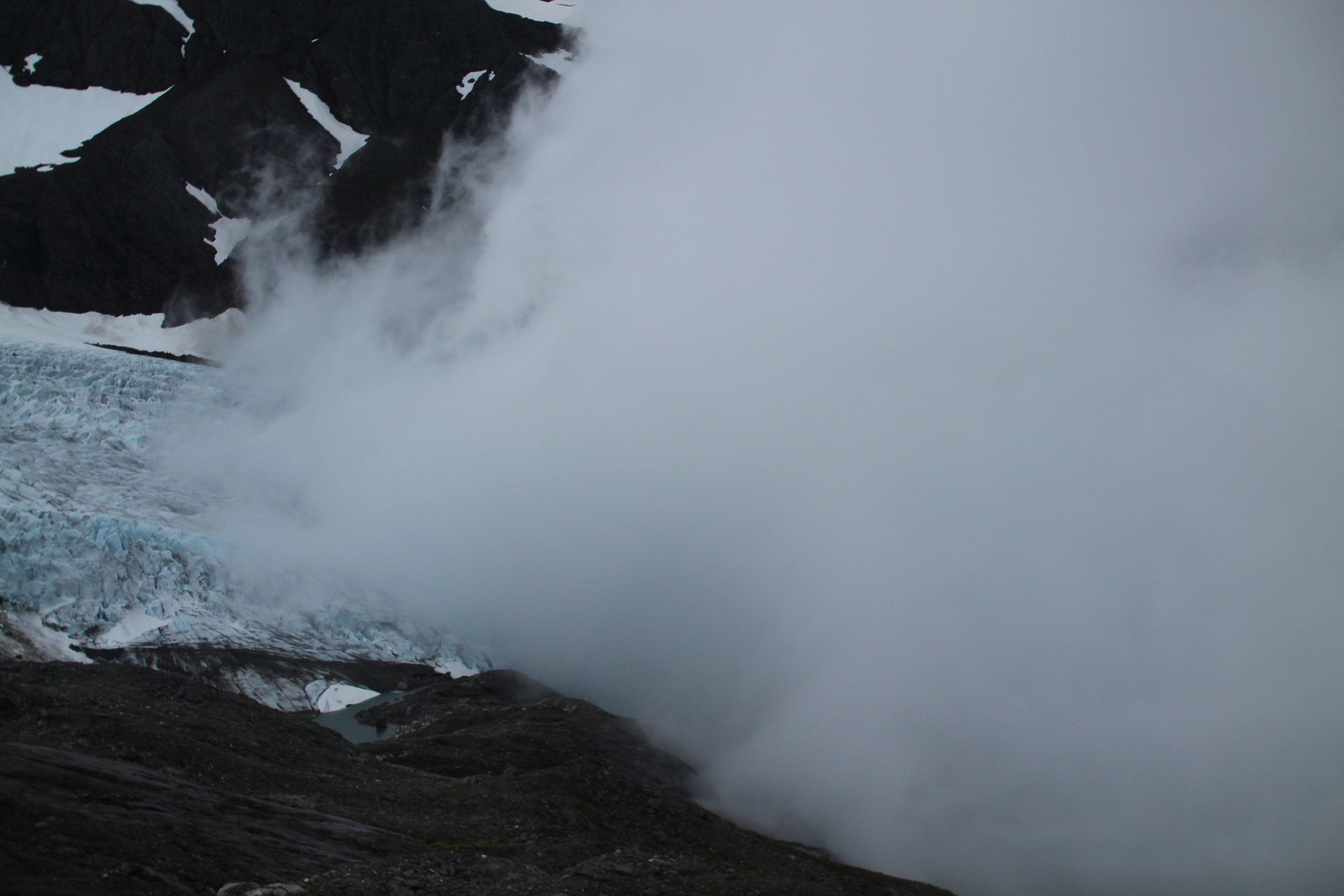 I have recently written a paper where I estimate global glacier volume to be 35 cm using a statistical approach .

(*) I have seen two different updated RH10 estimates from presentations by Hock and Huss and they both were just around 50cm but about 5 cm different.

My estimate of 35 cm is below Radic & Hock’s 2010 estimate even when RH10 is updated to use the new RGIv2 inventory. Both estimates are scaling based, and the reason for the difference must be found in the applied volume-area scaling relationships. The figure below show that there is a clear positive bias in the Radic & Hock 2010 ice cap relationship. It is less obvious for the glacier relationship. However, when the Radic and Hock 2010 relationship is applied to the 220 glaciers and 34 ice caps in this sample then both relationships result in 40-50% too great a total volume. One key difference between my study and Radic and Hock (2010), is that I calibrate the scaling law myself whereas they use published scaling relationships. These published relationships were calculated using a smaller subset of the glacier volume data than was available to me. It will be interesting to see what happens as the database of glacier volume estimates grows.

The solid black curves show the combinations of exponents and constants that result in exactly the same total volume as in the volume database. We see that RH10 falls a good distance above the line, which indicates that it results in a too large total volume (total volume scales 1:1 with k for a given γ). The original Chen & Ohmura relationship (k=0.029, γ=1.36) on the other hand falls very close to the line.

Huss & Farinotti has also very recently estimated global glacier volume (~43cm) using a truly innovative flux conservation approach. In this approach it is necessary to assume both surface mass balance and a calving flux. This approach has the great advantage that it results in ice thickness grids for every glacier in the world, and thus allows for a much more detailed validation of the results. It can also be used as the starting point in more physical models of glacier mass loss. The individual volume estimates are probably mostly better than the scaling based volume for individual glaciers. However, that does not mean that the total volume also will be better if there is a bias. And that is a real concern because the parameterisations have been calibrated on rather small empirical datasets. I am also concerned about the potential for bias on the largest glaciers and ice caps. So that is why I think that more statistical approaches like mine remain important.

A good overview of different methods for volume estimation can be found in the introduction to Linsbauer et al. 2012.

I have since become aware that volume-area scaling apparently is controversial, and the main arguments seem to be three-fold: