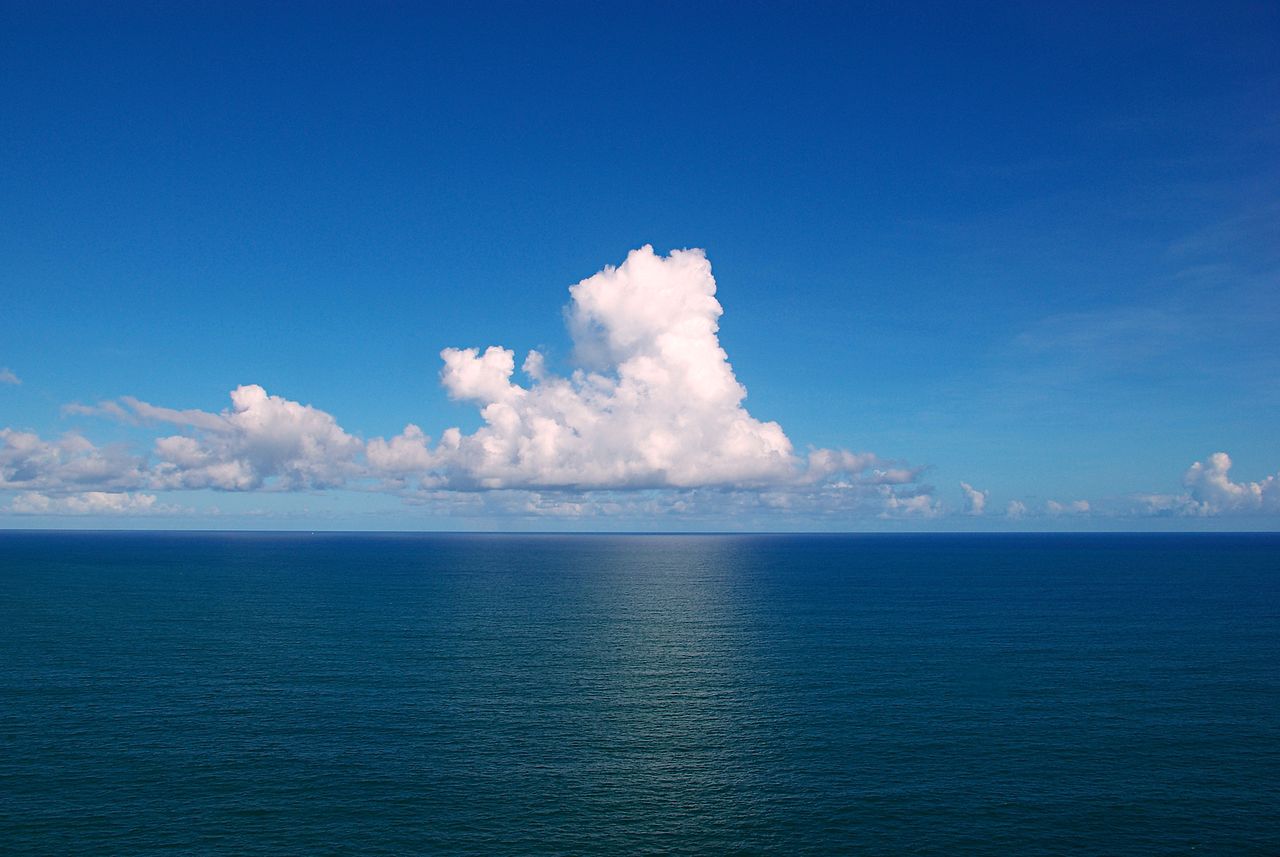 Here I demonstrate that a very simple Semi-empirical model (SEM) can approximate the historical contribution to sea level rise from Greenland as estimated by Box and Colgan (2013). I start with a very simple SEM model where ice wastage is proportional to Greenland temperatures from Vinther et al. 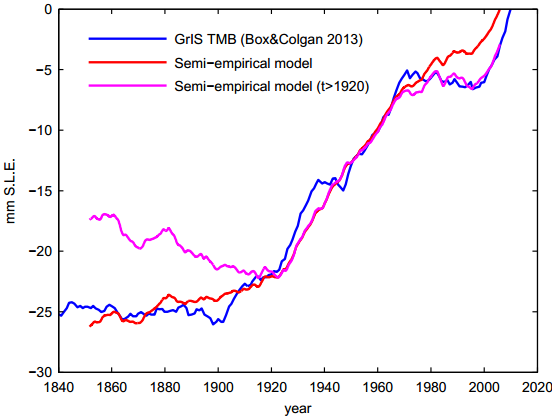 This demonstrates that a GrIS mass loss can be approximated with a convenient semi-empirical model using a locally relevant forcing. Here, I used annual mean temperatures from SW Greenland from Vinther et al. If used the Greenland average temperatures used by Box and Colgan (2013), or restricted the record to summer, then I am sure I would be able to get even better correspondence.

Fettweis et al. 2013 show that global mean surface temperature is a very good predictor of Greenland SMB (fig 6h & eqn2 - reproduced below). This shows that this component should be well modeled by semi-empirical models of sea level rise. Indeed the curvature at high temperatures in fig 6h suggests that SEMs would be too conservative (as they have been calibrated at “low” temperatures). 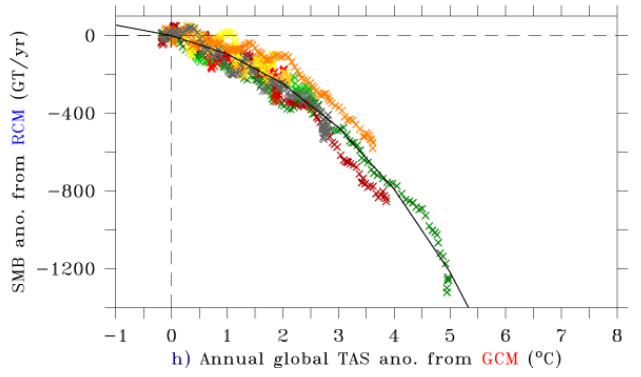 This convenient model can capture Greenland mass loss. It will not be able to capture sub-components that go into the Greenland total such as the retreat and speed up of Jakobshavn. I don’t think anybody would expect this simple model to capture detailed processes like that. Yet this is exactly the type of critique that is often levelled at SEMs of global mean sea level rise.

In SEMs of global sea level rise I have used global temperature or global radiative forcing. Using such global scale predictors will probably have a hard time following the shape of the GrIS curve. However, SEMs of global SLR do not attempt to model each contributor to SLR individually. It is unreasonable to expect that the SEM model can capture all the individual processes that go into the total.

Models, observations and paleo climate records show that Greenland temperatures are correlated with global temperatures and we talk about concepts such as polar amplification. However, it is also clear that there are deviations where regional temperatures do not follow the same warming pattern as the global average. Sometimes the GrIS wastage will be faster and other times slower than what you would expect from global mean temperature alone. However, it would be quite a coincidence if these regional deviations would be synchronous over both ice sheets and all the hundreds of thousands of small glaciers at the same time. The relevance of the local deviations are therefore greatly diminished when we model global mean sea level rise.

_Remark: Box and Colgan link ice discharge __and __SMB __through a semi-empirical model (similar to what Rignot has done). _