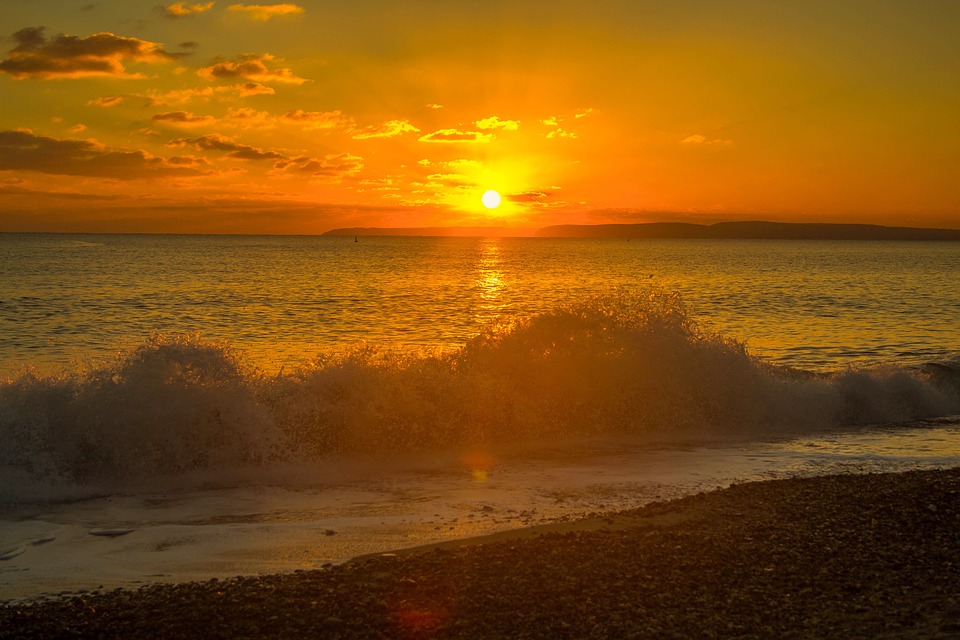 This page may be a bit outdated. Look here for my comments on three more recent papers.

One graph that is often put forward to illustrate the link between global temperature is the Archer 2006 book graph (shown below). It looks as if there is a simple linear relationship between temperature and sea level with 20m/degC! From that you would guess that we would be facing maybe 50m of sea level rise. However, there are several weaknesses with this graph.

Furthermore all the more recent and much more relevant data from the last interglacials have been ignored. That raises the question if the points in this illustration have been picked to simplify the message.

From the graph it is estimated that for present day we get 3-5m of sea level rise per degC of antarctic warming. Taking polar amplification of (here taken to be 2x) into account we can convert that into a 6-10 m/degC of global average temperature change. (Note that the actual polar amplification valid for dome C is probably somewhat smaller than 2.) 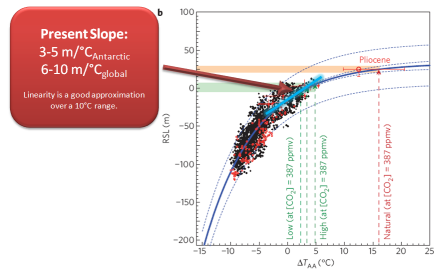 I think that the Archer graph is a nice illustrative cartoon. However, it

reports like the german WBGU 2006. I have had to defend some of my own work because it was in conflict with a present day slope of 20m/degC.

In this figure below I put the Rohling curve on a 1961-1990 baseline, converted to global temperatures and also added projections (from Grinsted et al. 2009). I used 1.5 as the polar amplification because we are talking about the Antarctic. (But that may be a bit high.) 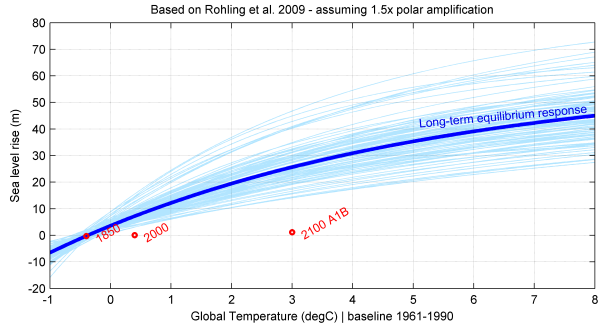 This page was written in 2009. Now in 2013, there is a really nice new study on our present understanding of the future long term response by Levermann et al. They get ~12 m for a 3 degC warming. This is consistent with the cyan variations above using the lowest Antarctic polar amplification factor. They also find a less smooth equilibrium curve with a distinct warming threshold beyond which the Greenland ice sheet is pushed into a terminal decay. I invite you to go and read the Levermann paper.

EDIT: Perhaps the pliocene can be used as an analogy, but i question the present quality of the data. A quick google gave me this quote: “Geologic estimates of maximum Pliocene sea level thus range from +5 to +40 m relative to present, with +25 m typically used by the modeling community.” from PLIOMAX: Pliocene maximum sea level project. Combine that with uncertainties in temperature and i wonder if it can give any useful constraint on these types of graphs.

EDIT2: Found a mistake in the polaramplification. H/t to Bart Verheggen.

EDIT3: Added my take on the Archer Graph based on Rohlings curve. I focused on warmer climate.