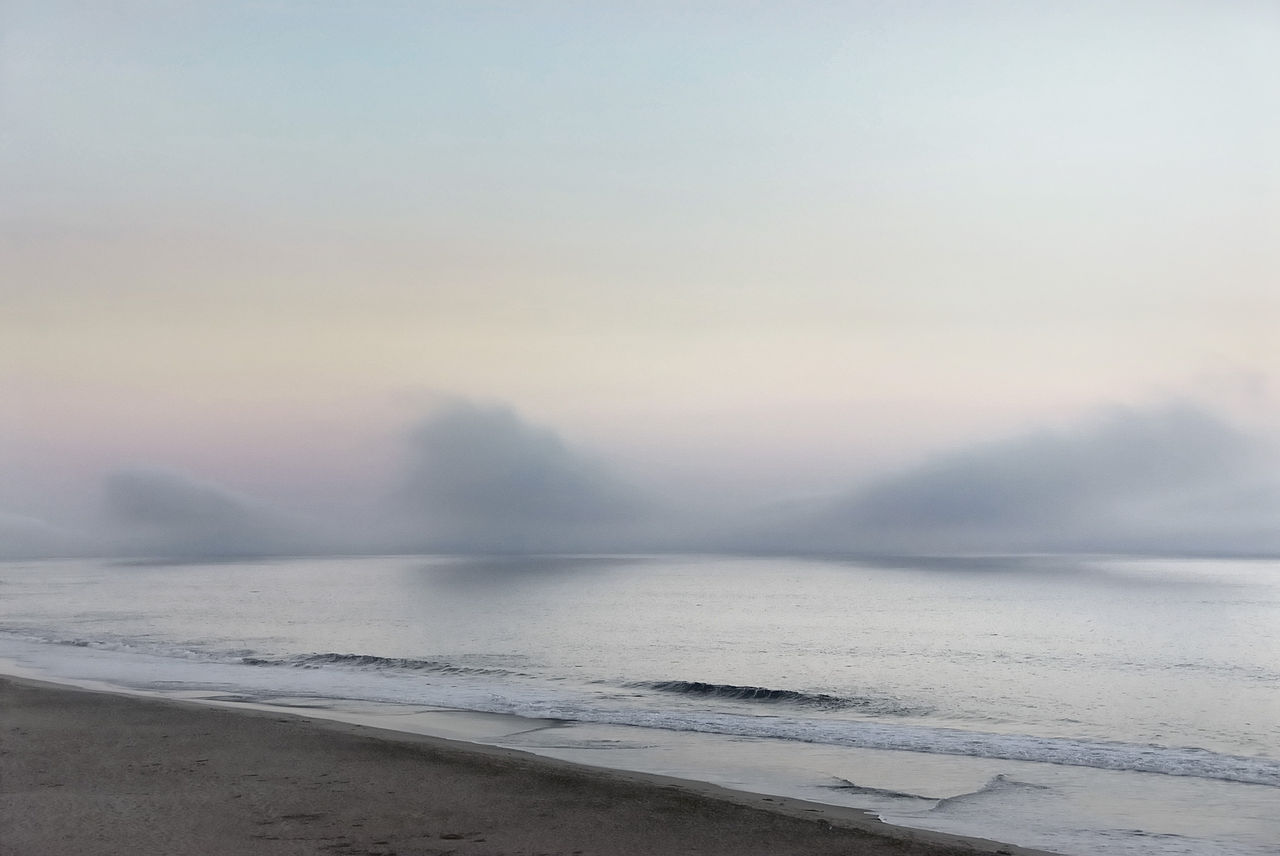 El Nino is not well represented by many climate models.

In Nature there is a very high anti correlation between SOI and NINO3.4 in the order of -0.8. I have examined whether that also holds for CMIP5. It does not…

Note: Some runs may have been double counted. However restricting to smaller subsets are qualitatively similar. The few models with positive C are be due to a file mismatch between runs where KNMI-ClimateExplorer did not provide all meta data (I assumed r1i1p1 where this info was missing).

The power spectra of Nino3.4 (after removing global warming trend) looks like this. 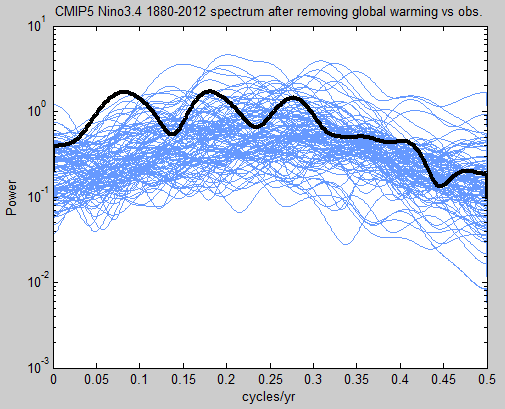 The model spectra has on average a reasonable shape, but it appears there is a bias towards less variability in modelled nino3.4. There are also models that seem completely off in their shapes. 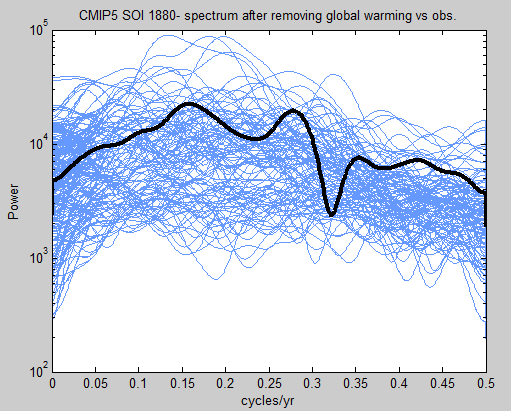