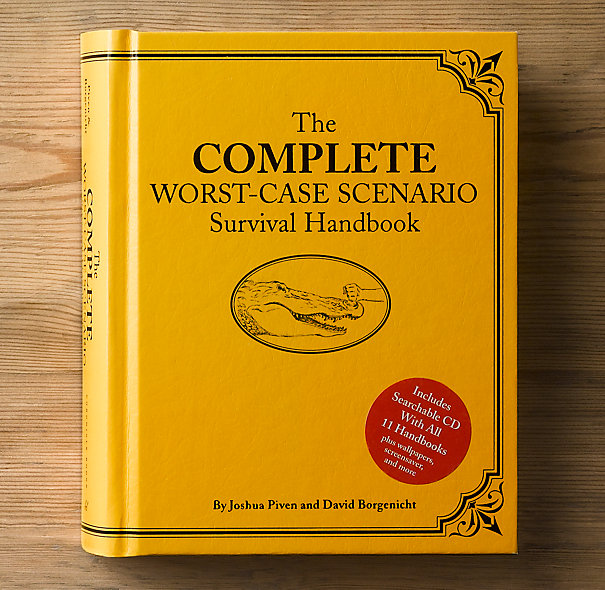 I am disappointed in how the sea level rise projection uncertainties are presented in the IPCC AR5. The way the numbers are presented makes people believe 98 cm by 2100 is a worst-case scenario which it clearly isn’t. The AR5 does have caveats which explains why it could be more, but unfortunately this is buried in language that clearly goes over the heads of most people.

[UPDATE: The AR5 sea level chapter authors have written a letter to Science where they emphasize/clarify that “The upper boundary of the AR5 “likely” range should not be misconstrued as a worst-case upper limit.”. This is my point exactly with this page.

UPDATE2: We have published an estimate of worst case sea level rise.]

This is how it is presented in the summary for policy makers:

The numbers of 0.26 to 0.98 m is what people pick up. To appreciate why 0.98 m is not an upper limit of SLR then you have to read on and understand the caveats stated in the AR5. The SPM also says:

the probability of specific levels above the assessed likely range."_

_T_o parse this you need to understand the IPCC jargon. “Likely” means the 66% confidence interval. I.e. slightly less than a one sigma interval. So, the full uncertainties are at least twice as large but they are unwilling to say by how much exactly. They also say that there is an additional uncertainty that is unlikely to be anything but positive:

“Based on current understanding, only the collapse of marine-based sectors of the Antarctic ice sheet, if initiated, could cause global mean sea level to rise substantially above the likely range during the 21st century. However, there is medium confidence that this additional contribution would not exceed several tenths of a meter of sea level rise during the 21st century. {13.4, 13.5}"

It is unclear what they mean by “several tenths of a meter”. I find it remarkable that they could not agree on a more quantitative statement considering they are only stating something with “medium confidence”. In any case this excluded potential contribution is clearly positive. This uncertainty strongly affects the upper tail of the uncertainty range. It is effectively a bias. Ice sheet experts appear to judge this collapse scenario quite probable, and post-AR5 modelling indicates that Pine Island Glacier in Antarctica is already engaged in an unstable retreat (Favier et al., 2014).

[Update: We have constructed an estimate of the worst-case SLR.]

I recommend looking at the semi-empirical sea level projections from AR5 figure 13.12 which have about 1.5 m as the worst case by 2100 (or our new estimate). But if we try to construct one from the three quoted bullet points above then we need a few assumptions. First I convert the RCP85 scenario likely range to a sigma of 0.24m (assuming a normal distribution). This gives a 95% confidence upper limit of 1.22 m (again assuming normality). To this we need to add “several tenths of a meter” which we are left to interpret as we see fit. In the worst case we might say something like 0.5 m, which would result in ~1.7 m, an entirely different story than what most people get from the AR5! I think that deserves the exclamation mark.

It is remarkable how this roughly agrees with the plausible upper limit derived from an ice sheet expert elicitation, and with semi-empirical models (see AR5 table 13.6). I cannot understand why the AR5 could not use the semi-empirical models plus the expert elicitation to derive the very likely upper limit. Even if there is disagreement of the reliability of these methods then surely everybody could agree to use them to derive a very likely upper range with some degree of confidence. It is essential in some types of adaptation planning. For comparison here’s a quote from Josh Willis a few days before the AR5 release:

Since then we have had an expert elicitation and this is pretty accurate for experts view of RCP8.5. It is predictable that people will look at the numbers and the graph and look no further. I think it mirrors the problems of how the AR4 presented sea level projections, and I find it unbelievable that people did not learn from that experience. Instead this became a petty struggle between process based and semi-empirical modelling. I applaud that the caveats made it into the SPM, but unfortunately nobody will notice.

Here’s our estimate of what worst case sea level rise (we try to estimate the full community uncertainty).

On this companion page I argue that the AR5 ice sheet projections are both optimistic and over-confident. Go take a look.