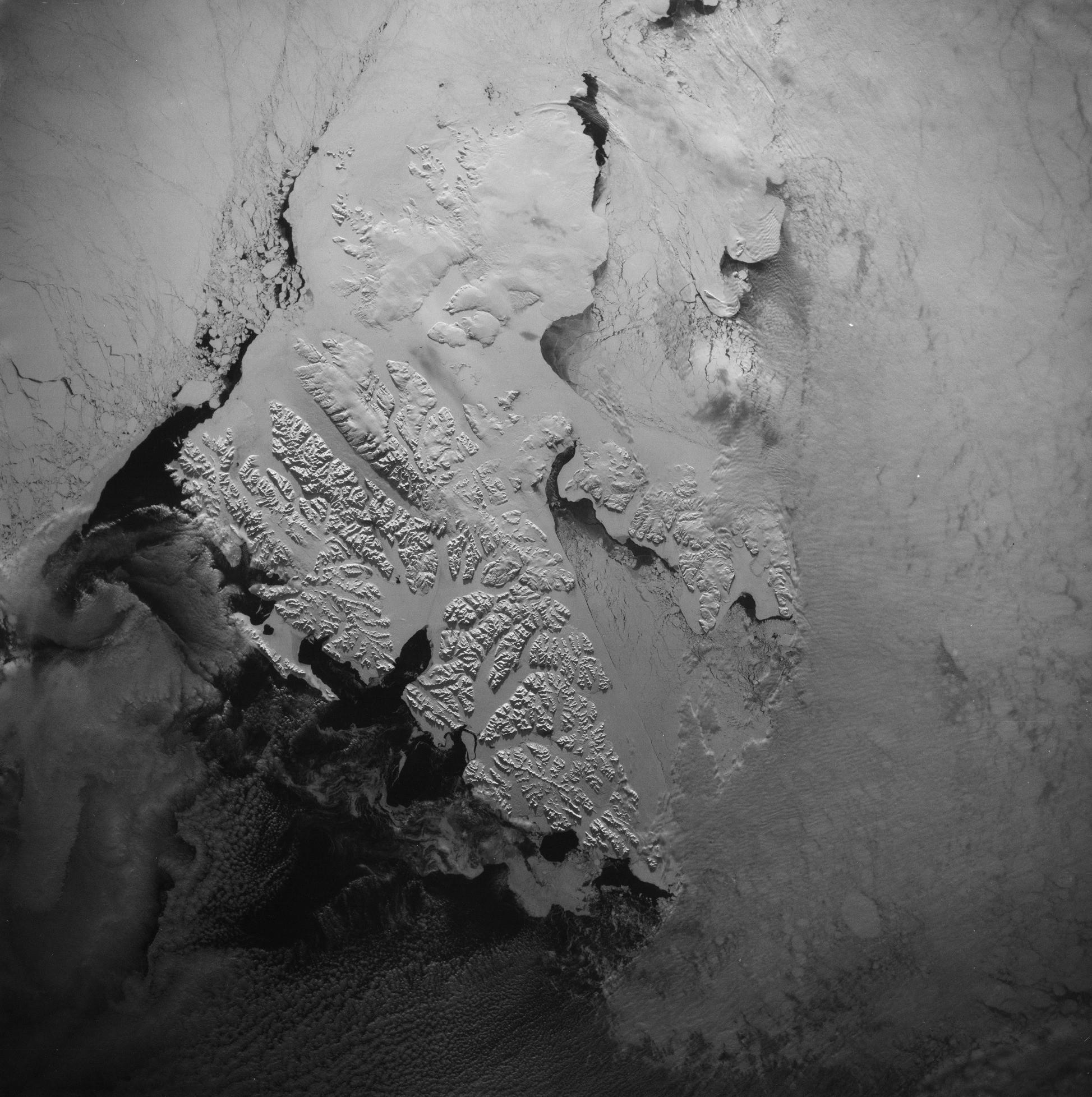 We develop a continentality proxy (1600–1930) based on amplitudes of the annual signal in oxygen isotopes in an ice core. We show via modeling that by using 5 and 15 year average amplitudes the effects of diffusion and varying layer thickness can be minimized, such that amplitudes then reflect real seasonal changes in d18O under the influence of melt.

A model of chemical fractionation in ice based on differing elution rates for pairs of ions is developed as a proxy for summer melt (1130–1990). The best pairs are sodium with magnesium and potassium with chloride. The continentality and melt proxies are validated against twentieth-century instrumental records and longer historical climate proxies. In addition to summer temperature, the melt proxy also appears to reflect sea ice extent, likely as a result of sodium chloride fractionation in the oceanic sea ice margin source area that is dependent on winter temperatures. We show that the climate history they depict is consistent with what we see from isotopic paleothermometry. Continentality was greatest during the Little Ice Age but decreased around 1870, 20–30 years before the rise in temperatures indicated by the d18O profile. The degree of summer melt was significantly larger during the period 1130–1300 than in the 1990s. 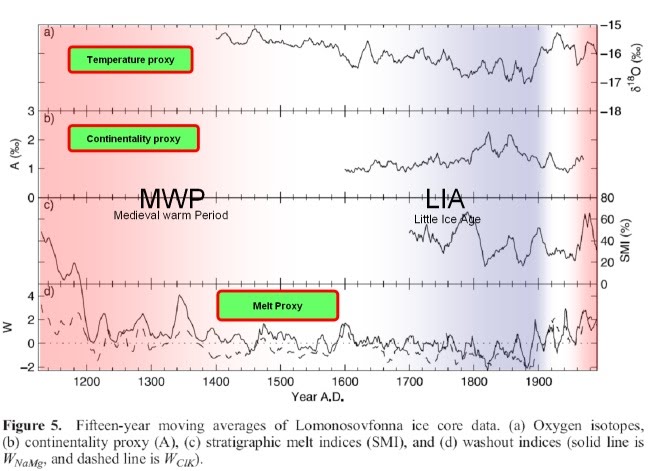 Note that a later study has found that post-1990 summers were warmer than any during the last 800 years.