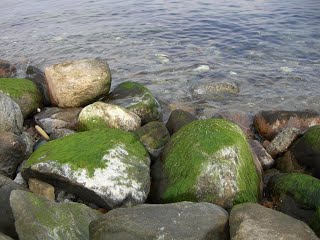 We analyze the global sea-level budget since 1850. Good estimates of sea-level contributions from glaciers and small ice caps, the Greenland ice sheet and thermosteric sea level are available over this period, though considerable scope for controversy remains in all.

Attempting to close the sea-level budget by adding the components results in a residual displaying a likely significant trend of .0.37 mm/a from 1955 to 2005, which can, however, be reasonably closed using estimated melting from unsurveyed high-latitude small glaciers and ice caps. The sea-level budget from 1850 is estimated using modeled thermosteric sea level and inferences from a small number of mountain glaciers. This longer-term budget has a residual component that displays a rising trend likely associated with the end of the Little Ice Age, with much decadal-scale variability that is probably associated with variability in the global water cycle, ENSO and long-term volcanic impacts. 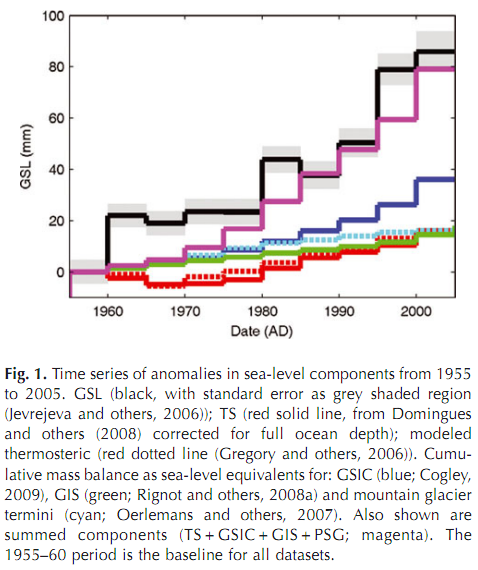