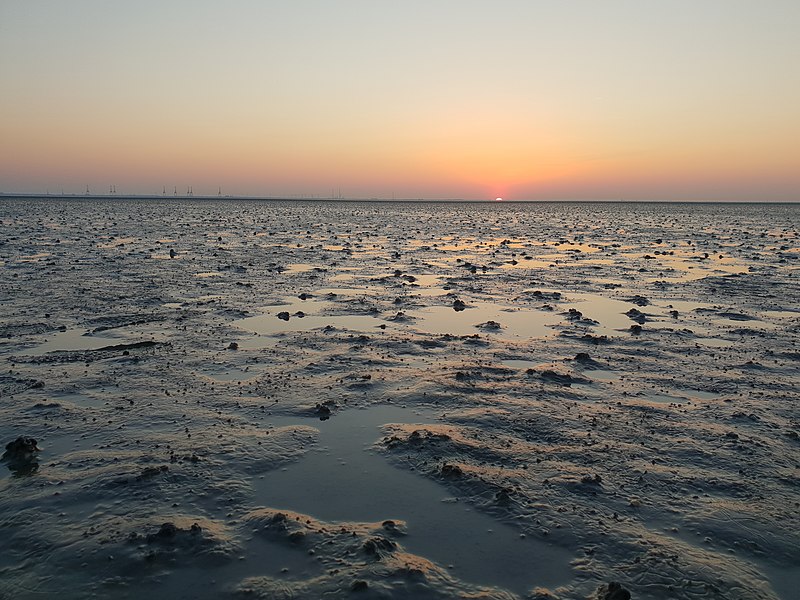 A thorough report on the sea-level change in the Dutch Wadden Sea.

Rising sea levels due to climate change can have severe consequences for coastal populations and ecosystems all around the world. Understanding and projecting sea-level rise is especially important for low-lying countries such as the Netherlands. It is of specific interest for vulnerable ecological and morphodynamic regions, such as the Wadden Sea UNESCO World Heritage region.Here we provide an overview of sea-level projections for the 21st century for the Wadden Sea region and a condensed review of the scientific data, understanding and uncertainties underpinning the projections. The sea-level projections are formulated in the framework of the geological history of the Wadden Sea region and are based on the regional sea-level projections published in the Fifth Assessment Report of the Intergovernmental Panel on Climate Change (IPCC AR5). These IPCC AR5 projections are compared against updates derived from more recent literature and evaluated for the Wadden Sea region. The projections are further put into perspective by including interannual variability based on long-term tide-gauge records from observing stations at Den Helder and Delfzijl.We consider three climate scenarios, following the Representative Concentration Pathways (RCPs), as defined in IPCC AR5: the RCP2.6 scenario assumes that greenhouse gas (GHG) emissions decline after 2020; the RCP4.5 scenario assumes that GHG emissions peak at 2040 and decline thereafter; and the RCP8.5 scenario represents a continued rise of GHG emissions throughout the 21st century. For RCP8.5, we also evaluate several scenarios from recent literature where the mass loss in Antarctica accelerates at rates exceeding those presented in IPCC AR5.For the Dutch Wadden Sea, the IPCC AR5-based projected sea-level rise is 0.07 +/- 0.06 m for the RCP4.5 scenario for the period 2018-30 (uncertainties representing 5-95%), with the RCP2.6 and RCP8.5 scenarios projecting 0.01 m less and more, respectively. The projected rates of sea-level change in 2030 range between 2.6 mm a(-1) for the 5th percentile of the RCP2.6 scenario to 9.1 mm a(-1) for the 95th percentile of the RCP8.5 scenario. For the period 2018-50, the differences between the scenarios increase, with projected changes of 0.16 +/- 0.12 m for RCP2.6, 0.19 +/- 0.11 m for RCP4.5 and 0.23 +/- 0.12 m for RCP8.5. The accompanying rates of change range between 2.3 and 12.4 mm a(-1) in 2050. The differences between the scenarios amplify for the 2018-2100 period, with projected total changes of 0.41 +/- 0.25 m for RCP2.6, 0.52 +/- 0.27 m for RCP4.5 and 0.76 +/- 0.36 m for RCP8.5. The projections for the RCP8.5 scenario are larger than the high-end projections presented in the 2008 Delta Commission Report (0.74 m for 1990-2100) when the differences in time period are considered. The sea-level change rates range from 2.2 to 18.3 mm a(-1) for the year 2100.We also assess the effect of accelerated ice mass loss on the sea-level projections under the RCP8.5 scenario, as recent literature suggests that there may be a larger contribution from Antarctica than presented in IPCC AR5 (potentially exceeding 1 m in 2100). Changes in episodic extreme events, such as storm surges, and periodic (tidal) contributions on (sub-)daily timescales, have not been included in these sea-level projections. However, the potential impacts of these processes on sea-level change rates have been assessed in the report.