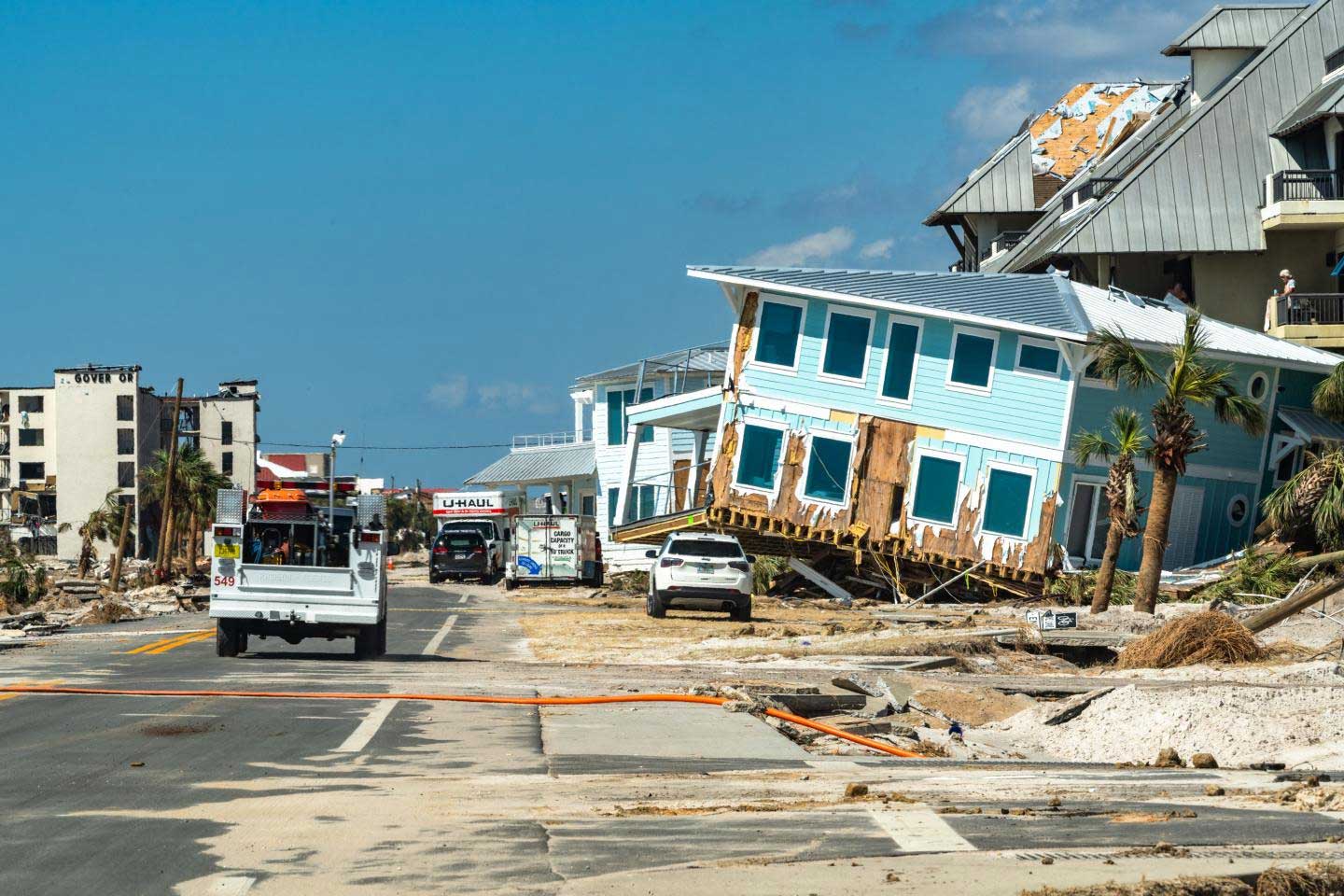 We present an approach to normalize hurricane damage, where damage is framed in terms of an equivalent area of total destruction. This has some advantages over customary normalization schemes, and we demonstrate that our record has reduced variance and correlates marginally better with wind speeds and pressure. That is, it allows us to better address climatic trends. We find that hurricanes are indeed becoming more damaging. The frequency of the very most damaging hurricanes has increased 3 times per century.

Hurricanes are the most destructive natural disasters in the United States. The record of economic damage from hurricanes shows a steep positive trend dominated by increases in wealth. It is necessary to account for temporal changes in exposed wealth, in a process called normalization, before we can compare the destructiveness of recorded damaging storms from different areas and at different times. Atmospheric models predict major hurricanes to get more intense as Earth warms, and we expect this trend to eventually emerge above the natural variability in the record of normalized damage. However, the evidence for an increasing trend in normalized damage since 1900 has been controversial. In this study, we develop a record of normalized damage since 1900 based on an equivalent area of total destruction. Here, we show that this record has an improved signal-to-noise ratio over earlier normalization schemes based on calculations of present-day economic damage. Our data reveal an emergent positive trend in damage, which we attribute to a detectable change in extreme storms due to global warming. Moreover, we show that this increasing trend in damage can also be exposed in existing normalized damage records by looking at the frequency of the largest damage events. Our record of normalized damage, framed in terms of an equivalent area of total destruction, is a more reliable measure for climate-related changes in extreme weather, and can be used for better risk assessments on hurricane disasters.