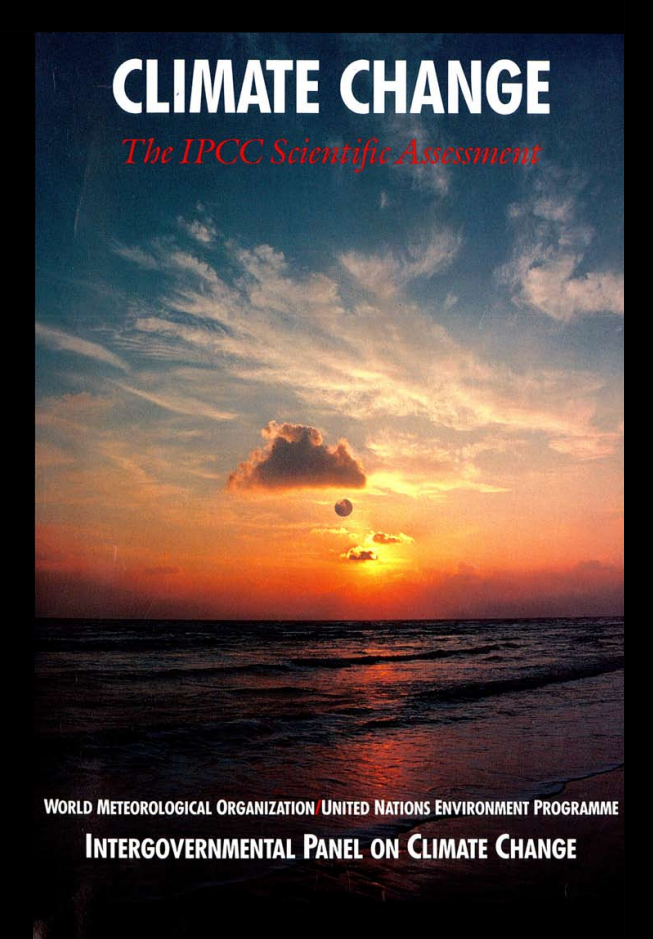 I have extracted some quotes from the IPCC reports since 1990 showing how West Antarctic Ice Sheet collapse has been discussed over time. It is not an exhaustive list. * FAR 1990: * “Antarctica is expected to contribute negatively to sea level due to increased snow accumulation associated with warming. A rapid disintegration of the West Antarctic Ice Sheet due to global warming is unlikely within the next century”. * SAR 1995: * “Nonetheless, the likelihood of a major sea level rise by the year 2100 due to the collapse of the West Antarctic ice sheet is considered low.” * “For Antarctica, the sensitivity value is -0.20 ± 0.25 mm/yr/°C (including a term for the possible instability of the West Antarctic ice sheet),” (for a revised IPCC projection in section 7.5.2) * “Our ignorance of the specific circumstances under which West Antarctica might collapse limits the ability to quantify the risk of such an event occurring, either in total or in part, in the next 100 to 1000 years.” * TAR 2001: * “The range of projections given above makes no allowance for ice dynamic instability of the WAIS. It is now widely agreed that major loss of grounded ice and accelerated sea level rise are very unlikely during the 21st century.” * AR4 2007: * “new evidence of recent rapid changes in the Antarctic Peninsula, West Antarctica and Greenland (see Section 4.6.3.3) has again raised the possibility of larger dynamical changes in the future than are projected by state-of-the-art continental models, such as cited above, because these models do not incorporate all the processes responsible for the rapid marginal thinning currently taking place (Box 4.1; Alley et al., 2005a; Vaughan, 2007).” * “Abrupt climate changes, such as the collapse of the West Antarctic Ice Sheet, the rapid loss of the Greenland Ice Sheet or largescale changes of ocean circulation systems, are not considered likely to occur in the 21st century, based on currently available model results.” * “Recent satellite and in situ observations of ice streams behind disintegrating ice shelves highlight some rapid reactions of ice sheet systems. This raises new concern about the overall stability of the West Antarctic Ice Sheet, the collapse of which would trigger another five to six metres of sea level rise. While these streams appear buttressed by the shelves in front of them, it is currently unknown whether a reduction or failure of this buttressing of relatively limited areas of the ice sheet could actually trigger a widespread discharge of many ice streams and hence a destabilisation of the entire West Antarctic Ice Sheet. Ice sheet models are only beginning to capture such small-scale dynamical processes that involve complicated interactions with the glacier bed and the ocean at the perimeter of the ice sheet. Therefore, no quantitative information is available from the current generation of ice sheet models as to the likelihood or timing of such an event.” * “We take this as an estimate of the part of the present ice sheet mass imbalance that is due to recent ice flow acceleration (Section 4.6.3.2), and assume that this contribution will persist unchanged.” (note another “scaled-up” discharge scenario was also constructed as an additional term to the main projections of the report.) * AR5 2013: * “Only the collapse of the marine-based sectors of the Antarctic ice sheet, if initiated, could cause GMSL to rise substantially above the likely range during the 21st century. This potential additional contribution cannot be precisely quantified but there is medium confidence that it would not exceed several tenths of a meter of sea level rise”. * “In summary, ice-dynamics theory, numerical simulations, and paleo records indicate that the existence of a marine-ice sheet instability asso­ciated with abrupt and irreversible ice loss from the Antarctic ice sheet is possible in response to climate forcing. However, theoretical consid­erations, current observations, numerical models, and paleo records cur­rently do not allow a quantification of the timing of the onset of such an instability or of the magnitude of its multi-century contribution.”