It would probably take millennia to unfold, and so you might argue that we should discount this possibility. But can we really just discount existential threats? The impacts of relentless sea level rise with no end in sight would of course be felt much sooner.

Foster & Rohling (2013) plotted paleo sea level against CO2 concentrations. This plot looks a bit worrying when held up against the possible futures in the Extended Concentration Pathways*.

It looks like the ECP8.5 pathway would commit us to an ice free planet. This pathway is consistent with a no mitigation or business as usual scenario. The ECP4.5 and ECP6.0 don’t appear very safe either. 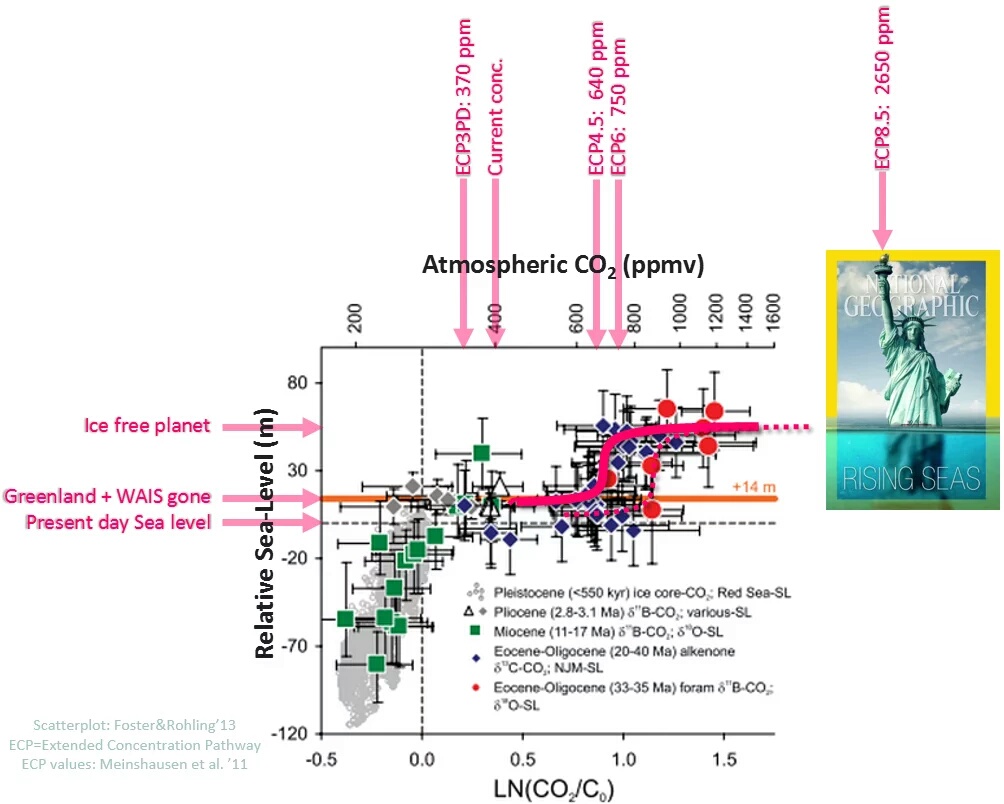 The plot shows a correlation, - there may be other important forcings of climate on these time scales (e.g. continental drift). It is not certain that the future will be exactly like the past for a given concentration. Nevertheless ECP8.5 concentrations are way out there…

The fictional map featured on this page is by http://jay simons. I am pleased that from this it looks like my family summer cottage will be located near New Copenhagen.

National Geographic had a feature called “If all the ice melted” with maps such as this:

*The ECPs are extensions to 2500 AD of the Representative Concentration Pathways (RCPs). One of the best/simplest summaries of the RCPs is this: 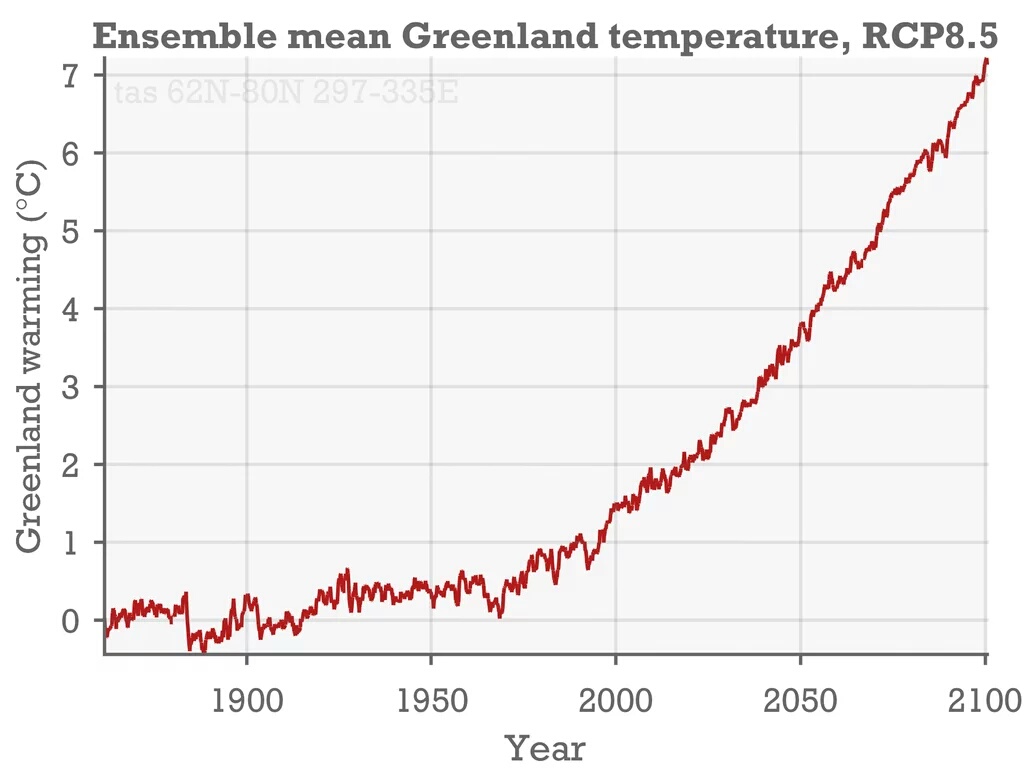 Here’s the ensemble mean projection of Greenland temperatures until 2100 (RCP8.5). You can see why it would start to respond.